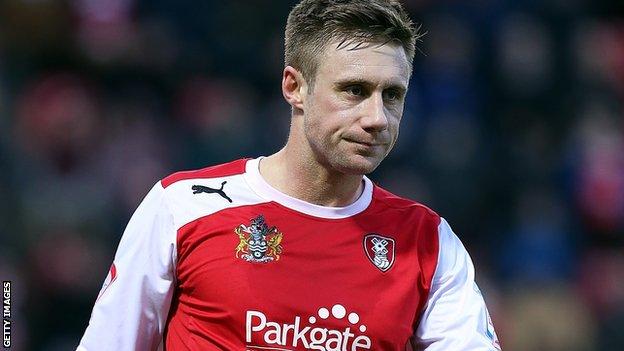 Noble, 31, joined the Millers last summer and started 20 times as they won promotion from League Two.

A former Scotland B international, he began his career at Arsenal and has since had permanent spells with West Ham, Boston, Bristol City and Exeter.

Crystal Palace defender Inniss, 18, has extended his loan move by a month.

Both are available for the Robins' Johnstone's Paint Trophy game against Plymouth on Tuesday.