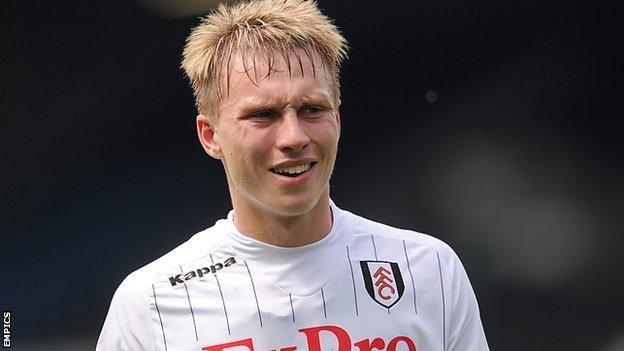 The 18-year-old striker joined Fulham in 2011 from Luton Town, where he became the first non-league player since 1974 to win a full England age-group cap by playing for the under-17s.

"He's someone I've seen play and is maybe what we're missing in terms of striking options."

He added: "He applied himself really well during training today and I'm sure he'll do well during his time with Southend United. He's with us for a month to begin with before we assess the situation."