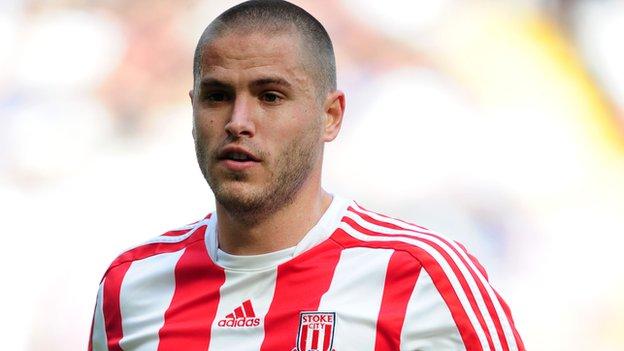 The 26-year-old, who joined Stoke from Wolves for £2m in the summer of 2012, has not featured since April.

He played under Burnley boss Sean Dyche during a three-month loan spell at Watford in the 2011-12 campaign.

A former non-league player with Farnborough and Grays, he has played 22 times in the Premier League for the Potters, scoring three goals.