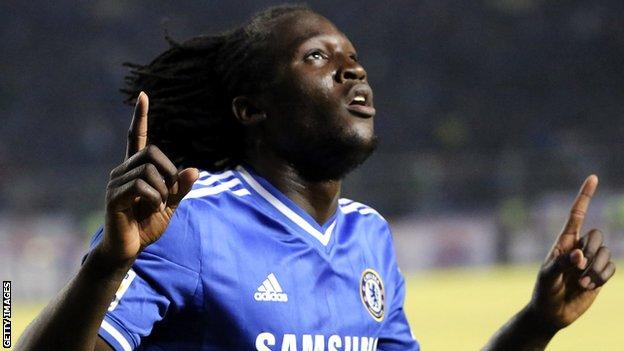 Everton have stated that McCarthy, 22, has signed for £13m, but Wigan say the fee is in the region of £15m.

The Toffees have also confirmed the departure of Marouane Fellaini to Manchester United for £27.5m and Victor Anichebe to West Brom.

Lukaku, who signed for Chelsea from Anderlecht in August 2011 for a reported £20m, spent last season on loan at West Brom, where he scored 17 Premier League goals.

He has appeared as a substitute twice for Chelsea in the Premier League this season and missed the decisive penalty in the Blues' Super Cup defeat by Bayern Munich.

The Baggies were hoping to bring Lukaku back to The Hawthorns but Everton beat them to his signature to offset the departure of Anichebe to West Brom.

McCarthy, who has played 16 times for the Republic of Ireland and was part of Wigan's FA Cup-winning side last season, was brought in to fill the void left by Fellaini's departure.

Everton have not revealed the length of his contract, describing it as a "long-term deal", while his former club Hamilton Academical have also received a substantial sell-on fee from Wigan.

The former Aston Villa man, who helped City to FA Cup and Premier League successes, is in the last year of a five-year deal with the Manchester side.