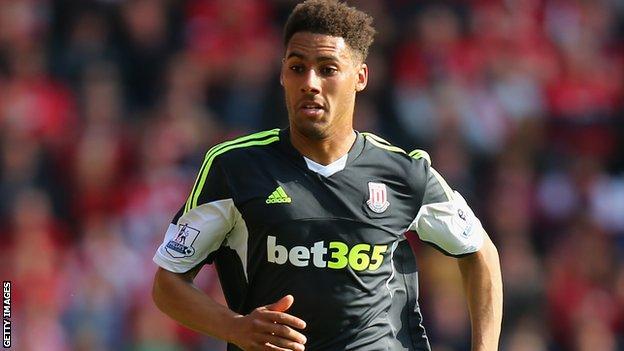 The 24-year-old made 26 appearances for the Potters last season but has not featured so far this term.

"I can't wait to get going now and meet the players," he told the club website.

"I just want to say a big thanks to everyone at Stoke City. It's a club I've been at for 16 years so it's been a huge part of my life. Who knows what will happen in the future but for now I'm a Wigan Athletic player."

The move to the DW Stadium is Shotton's fourth different loan spell having previously spent a season with Altrincham, Tranmere and Barnsley.