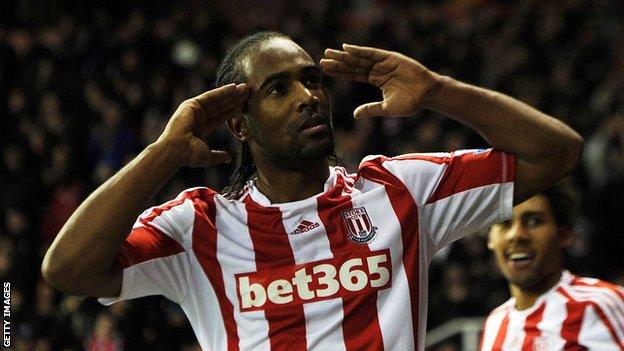 Jerome, 27, has scored 12 goals in 60 appearances since joining the Potters from Birmingham in 2011.

His only appearance thus far this season came as a late substitute in Palace's 2-1 defeat at Stoke.

The former England U-21 striker was the fourth deadline day signing at Selhurst Park, following the arrivals of Barry Bannan, Adrian Mariappa and Jack Hunt.