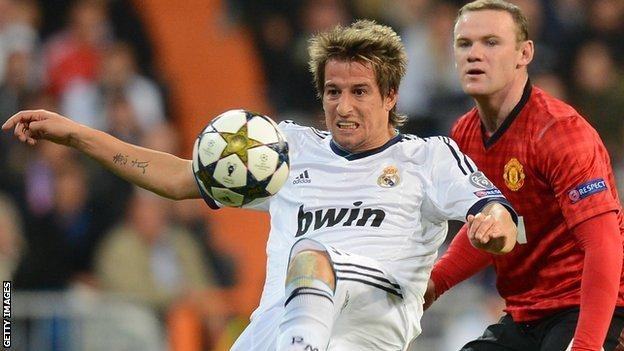 Manchester United failed in a late move for Real Madrid left-back Fabio Coentrao, it has been confirmed.

Manager David Moyes tried to get the 25-year-old on loan after being unsuccessful with a move for Everton's Leighton Baines.

On Tuesday morning the Premier League could not say for certain whether the deal had gone through.

But on Tuesday afternoon it was confirmed that the signing had not been completed.

It left Everton midfielder who joined for £27.5m, and as the club's two deadline day signings.

It is understood that the initial paperwork was submitted before the 23:00 BST deadline on Monday. This contained the outline of the deal, the signature of the player and both clubs.

That gave all parties an hour to complete the deal. But Madrid backed away when their attempt to recruit a replacement left back, Guilherme Siqueira from Granada, fell through because he instead joined Benfica.

Coentrao, who has 37 caps for Portugal, joined Madrid from Benfica for a reported £25m in 2011.