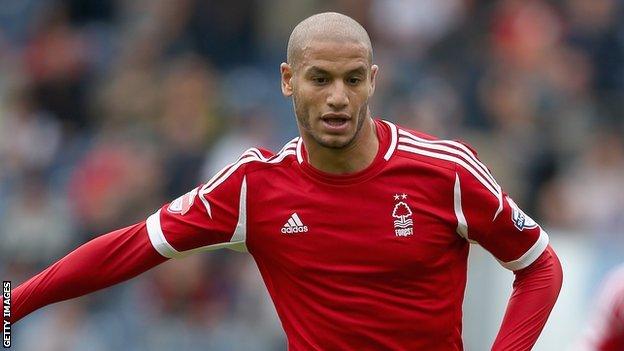 Crystal Palace have finalised their 16th deal of the transfer window with midfielder Adlene Guedioura, 27, moving from Nottingham Forest.

Part of the three-year deal was agreed before the transfer window closed at 23:00 BST on Monday, allowing the clubs to complete the deal on Tuesday.

Guedioura joined Forest in January 2012, first on loan before becoming a permanent player later that summer.

He has also made 27 appearances for the Algerian national side.

Having started his career in the French lower leagues, Guedioura moved to Belgium where he played for Kortrijk and Charleroi before he was spotted by Wolves who he joined on loan ahead of a permanent deal.

His career received a setback when he suffered a fractured tibia against Fulham in September 2010 but he battled back before moving to Forest on loan where he made 35 appearances, scoring three goals.