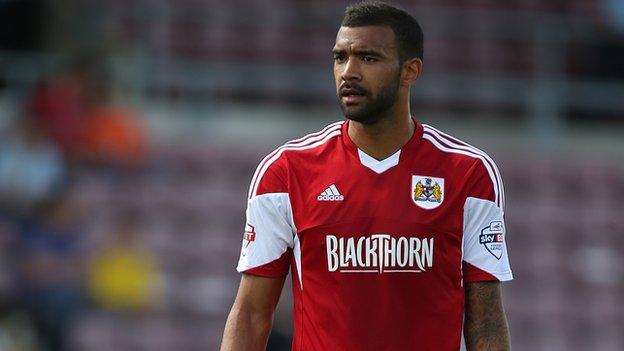 Fontaine, 27, who joined on loan from Bristol City on deadline day, previously played under Johnson at both Yeovil and City.

"We heard City were willing to let him go out on loan and we need a bit of competition for our centre-backs."

Johnson continued: "He is going to have to work hard and get in on merit.

"I think he will be comfortable here but it's just a matter of him getting in the team and not feeling under pressure to win our first game of the season against Sheffield Wednesday."

Fontaine made 220 appearances for the Robins after moving to Ashton Gate in 2006.

"He has been a great servant to Bristol City but has probably fallen on weak times at the moment," added Johnson.

"I think a change of environment just makes people a bit more confident."