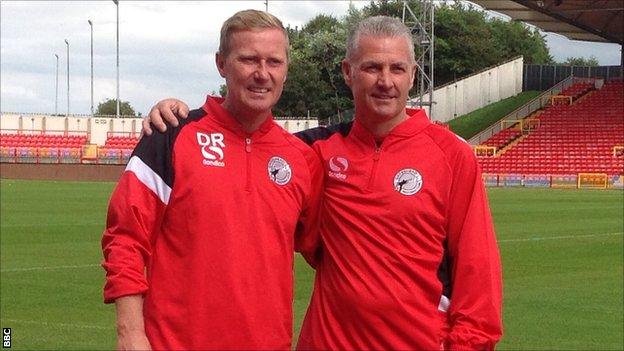 He succeeds Anth Smith, whose resignation at the International Stadium was accepted last month, and retains coach David Rush as assistant.

Mills, 51, helped the Minstermen win promotion to the Football League in his previous post and also won the FA Trophy at Wembley.

"I've got the facilities here to do that. Everything I need or want to have success is here, there's no excuses.

"It's down to me as manager to get the team and squad of players to be able to do that."

As a player, Mills was a European Cup winner at Nottingham Forest and spent much of his professional career in the East Midlands with the Reds, Derby County, Notts County and Leicester City.

In management, in addition to a stint as boss of former club Notts County, he helped Tamworth in the Conference Premier before joining York, with whom he enjoyed success before his departure in March 2013.