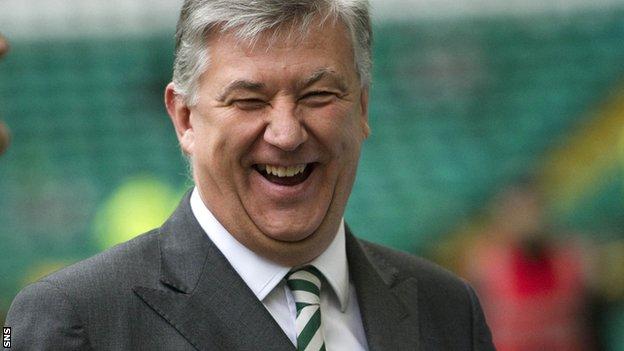 He was nominated by the professional game board as its representative.

Lawwell stressed that he would be working towards introducing measures to the "benefit of Scottish football as a whole".

"Whilst there are certain challenges facing the game in Scotland, there is also a great deal to be positive about and look forward to," he said.

"We must build on these positives and, along with other board members, I look forward to playing my part in working to improve and develop various aspects of the game."

Following its 2011 annual meeting, the SFA created two operational boards, one to oversee the professional game and the other for amateur football.

The non-professional game board will make its nomination at its next meeting.

Lawwell effectively replaces Ralph Topping, who was on the board as chairman of the Scottish Premier League, which merged with the Scottish Football League in the summer to form the .