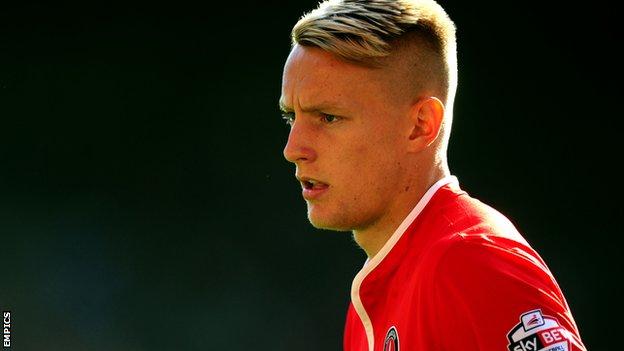 The 19-year-old came through the club's youth academy and scored on his first-team debut earlier this season.

"To commit to the club was exactly what I want to do as a young player," he told the club website.

"There are role models all around the club that have come through the academy to play for the first team. It's a great club to be at for any youngster."

"It's in our DNA here at Charlton to give our young players a chance," Powell said.

"Joe has shown everyone what it takes to have that desire to move on from the academy and the Under-21s.

"The list is endless with regards to players that we've produced that have played for our first team and, as you can see with Joe, I'm not afraid to include them.

"Joe knows there is a long way to go, but what we've seen so far we feel there's a lot to like and a lot to come from him, and hopefully he'll be a player for our future."