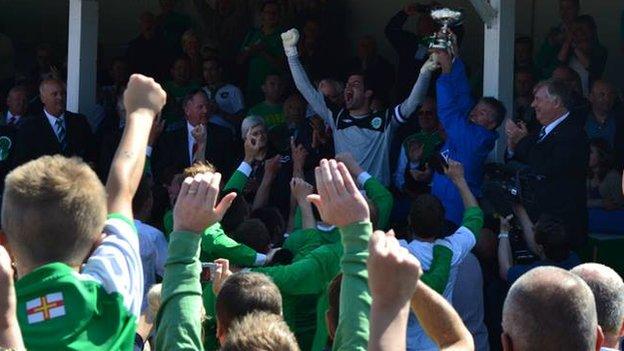 Guernsey have appointed assistant coach Stephen Sharman as the new manager of the island team on a two-year contract.

The 43-year-old will replace Kevin Graham, who stepped down from the role last month, through to the end of the 2015 Island Games.

Guernsey have won the Muratti Vase against Jersey for the last two years, most recently winning 2-1 in May.

"His credentials are impeccable and his experience in leading the development of grassroots football within the south east of England can only bring further benefits to the game locally.

"The board is extremely appreciative of the work put in by Kevin Graham and sees this appointment as providing the continuity in the role, which is essential as we build through the next two Murattis towards a successful Island Games competition in Jersey in 2015."

Sharman is the technical director of the new Guernsey FA High Performance Player Pathway and also a consultant coach to Guernsey FC.