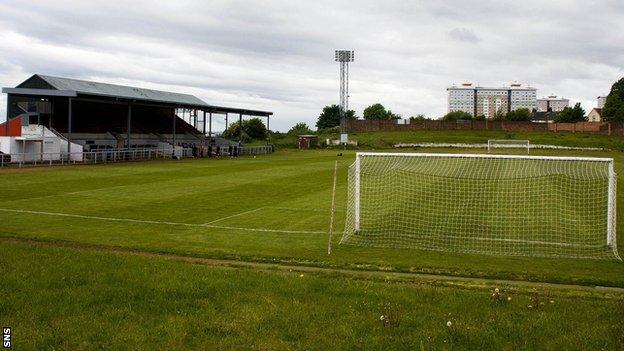 Match-day rates in the lowest tier of Scottish football allow fans to take in a match for less than £15, BBC Sport Price of Football found.

The average cost of a match-day experience in League Two, including the cheapest ticket, a programme, a pie and a cup of tea, is £15.59.

The least expensive season ticket in the division for this season is at Albion Rovers, costing £70.

The most expensive season tickets available are £215.

Average prices across Scotland's lowest senior league have dropped from last season, due in part to Rangers' promotion, with relegated Albion replacing the Ibrox side.

Queen's Park play their home matches as Hampden Park, which hosts Scotland internationals as well as the semi-finals and finals of the Scottish Cup and Scottish League Cup, and the Spiders offer a season ticket for an adult and up to four children for £170.

Elgin City have equivalent offers for an adult and three children at £160 (ground) and £190 (stand).

Montrose's £10 season ticket for under-12s can be upgraded for an extra £15, with the club offering opportunities to train, play for youth sides and be a club mascot for the additional cost.

"What the figures do demonstrate unequivocally is that clubs are really doing all that they can to make football as affordable as possible for the man in the street," said SPFL chief executive Neil Doncaster.

"Live events are expensive to produce. Scottish football continually delivers great value for families and our clubs, all 42 clubs, are doing whatever they can to make that experience as affordable as possible."