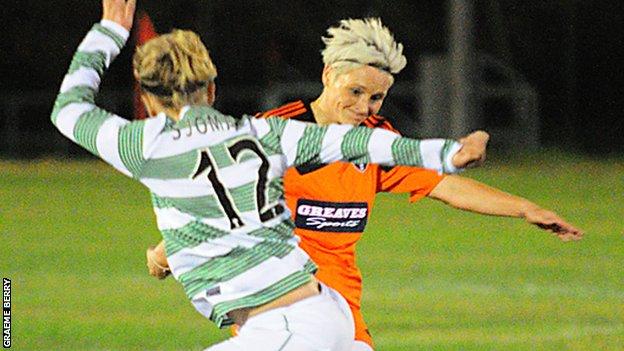 Saves from Gemma Fay kept Celtic level until Ruesha Littlejohn headed in from a Leanne Ross before the break.

Ross made it three from the penalty spot before Jessica Fishlock completed the scoring with a thundering drive.

Victory stretches Glasgow's lead over Hibernian to 13 points, while Celtic remain in fifth.