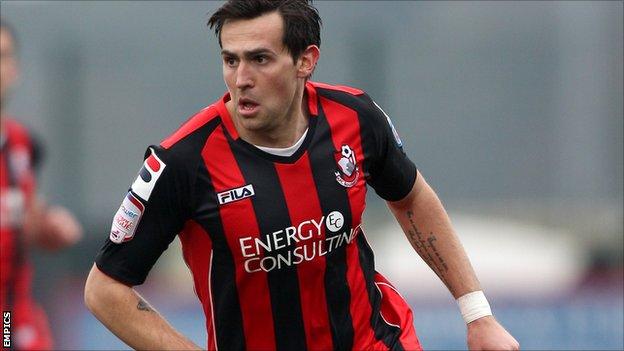 The 26-year-old returned from a condition known as plantar fasciitis for last weekend's win at Doncaster.

"I'm over the worst, a nice few days off and by the next game I should be better," Daniels told BBC Radio Solent.

"Long-term I think it'll be alright. It needed rest. It's the worst injury I've ever had pain-wise, and for annoyance."

The condition results in inflammation of a band of tissue on the sole of the foot.

Daniels missed nearly three weeks because of the injury, but was delighted to be back for the win over Doncaster, which saw them climb to sixth in the Championship table.

He has been encouraged by their start to the season following promotion last term.

"It's a great start to the season, hopefully we can go into the next block of games and hopefully stay there (top six)," he said.

"The Championship is a step up in standard, but we've got players here who can play at this level. We are in the top six, if we keep going then we've got a shout."