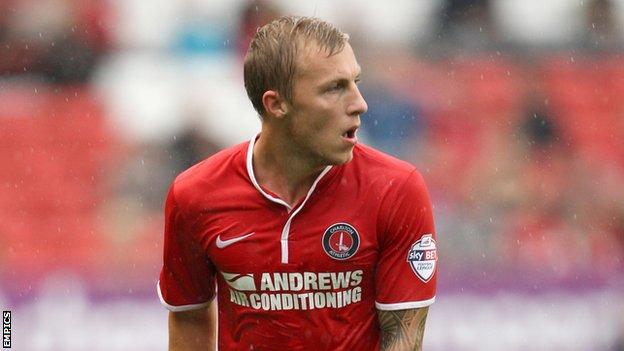 The 22-year-old, who has made 122 appearances since coming through the club's academy, will now remain at The Valley until the summer of 2017.

"It's fully deserved after his exploits over the last couple of seasons," said Addicks boss Chris Powell.

"He's an academy product that has blossomed in the side and has gone from strength to strength."

Powell told the club website: "It's important to get your players, especially young players that have made an impression, tied down to the club.

"It's a good sign that we've been able to do it and I'm really pleased for Chris because now he can fully concentrate on his football."

Solly, who made his first-team debut for the south east London club in 2009, has been named as Charlton's player of the year in each of the past two seasons.

"He's very important to me and my plans moving forward with this club," Powell added.

"I truly believe with Chris signing and other young players signing our future is bright."