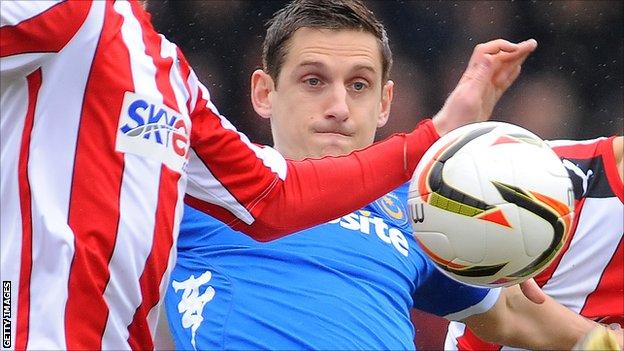 Portsmouth have completed the signing of Shaun Cooper, who returns to the club for a third spell at Fratton Park.

Cooper was a free agent having been released by Crawley in the summer and has signed a deal until January.

He played 14 games for the club on loan last season and will add experience to manager Guy Whittingham's squad.

"I'm pleased to get the deal done and to come back to a club that now has a different feel about the place," the 29-year-old told the club website.

"It's nice to be back concentrating on football after an extended summer.

"Everybody knows about the problems last season with so many players coming and going, but it's nice to come back for a new beginning."

Cooper, who can play in defence or midfield, began his career at Pompey and has also had spells at Leyton Orient, Kidderminster and Bournemouth.

"The pitch and the stadium look great and I'm looking forward to getting going once again," he added.