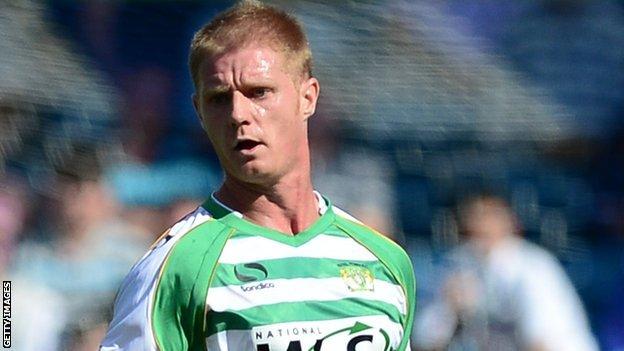 Yeovil Town have confirmed loan defender Alan Tate has returned to parent club Swansea after picking up a hamstring injury.

The 31-year-old is set to be out for six to eight weeks with the problem.

Tate joined the Glovers in July and has made six appearances for the Championship outfit.

The centre-back was due to stay at Huish Park until 2 January but is now back with Premier League Swansea to receive treatment on his injury.