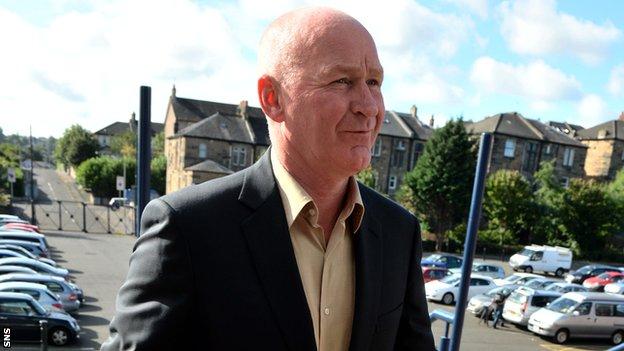 Dundee manager John Brown has been given a suspended three-match touchline ban for comments made in two different newspaper interviews.

Brown was found to have been "insulting" about former goalkeeper Rab Douglas and "offensive" in his remarks on Rangers' Charles Green.

His three-match ban is suspended until the end of the season.

The SFA panel found Brown guilty of not acting in the best interests of football in accusing Douglas of "telling lies" over his acrimonious exit from the club.

The ex-Rangers defender was also found guilty of a similar charge and of making "offensive comments suggesting the use of violence" when referring to the Ibrox club's former chief executive Green.