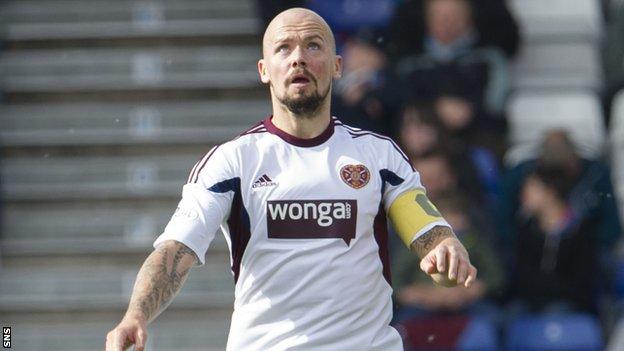 Hearts defender Jamie Hamill has had the red card he was shown at Inverness CT on Saturday overturned.

Referee John Beaton sent Hamill off for a deliberate handball when Billy McKay's shot struck him in box, but TV replays suggest it hit his head.

The Edinburgh club lodged an appeal with the Scottish FA against the decision and won their case.

Hamill was dismissed midway through the second half, with Inverness CT leading 2-0 and McKay missed the spot-kick.

The 27-year-old will be free to play when Hearts host Celtic in the Premiership on 14 September.