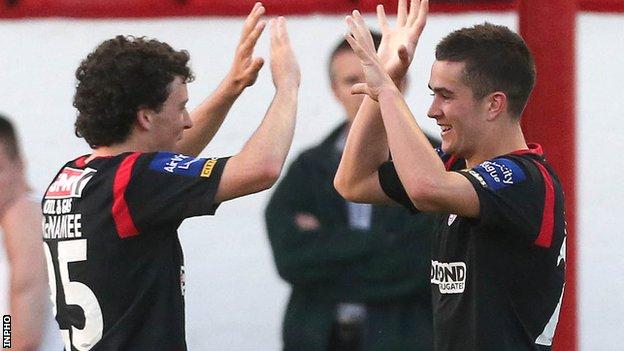 Derry's league game against Shelbourne at the Brandywell on Saturday is postponed because three City players are on international duty.

Michael Duffy has received a call-up to the Northern Ireland U21 squad while Barry McNamee is with the Republic of Ireland's U21s.

Josh Tracey, who was on the bench against St. Pat's on Tuesday, is away with the Northern Ireland U19 squad.

City's next game is an FAI Cup quarter-final against Sligo next Sunday.