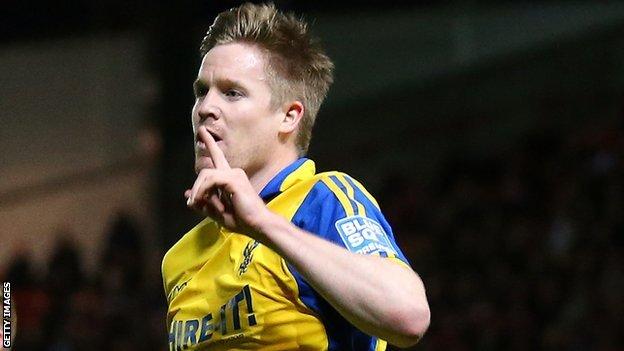 Kidderminster Harriers climbed up to sixth in the Conference Premier table after making hard work of beating bottom club Hyde at Aggborough.

But Michael Gash then headed the home side back in front on 34 minutes to complete the scoring.

Steve Burr's side had the majority of the chances, but it still took a point-blank save from home keeper Nathan Vaughan to deny Collins a second-half equaliser.

Vaughan was making his his home debut, having been preferred to last season's number one Danny Lewis for last weekend's 2-1 win at Welling.