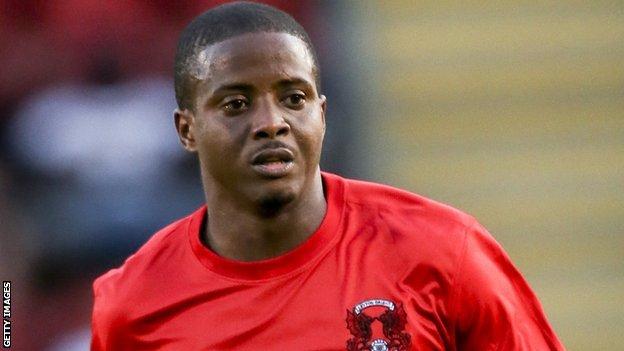 Kevin Lisbie scored a late winner to maintain Leyton Orient's 100% record and their best-ever start to a season with victory against Port Vale.

David Mooney smashed in a disputed equaliser for Orient before grabbing his second from close range.

Jennison Myrie-Williams converted Doug Loft's cross to level, later hitting the bar with a free-kick before Lisbie lashed home the winner from 10 yards.

"They never gave up, and that was the beauty of it today. We went a goal down but got ourselves in front, against the run of play.

"For the support to stay behind us when we were one down, and then it was 2-2 to stay with us, everybody's got their rewards.

"You'd rather be in this position than losing six out of six every day of the week. There's no danger about that."

"We're bitterly disappointed with the result, but we can take an awful lot of positives out of the game.

"I didn't want to come here and sit back to try and nick a result.

"We had a positive approach and it looked as though we were going to get something.

"Having said that, some of the goals we've conceded were absolutely criminal."