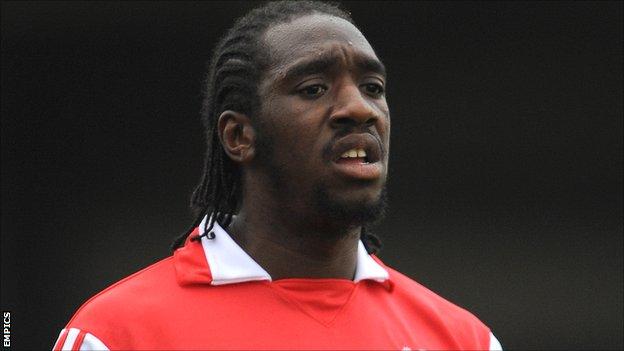 Former Kidderminster Harriers centre-half Exodus Geohaghon has returned to play his football at Aggborough again after signing for their non-league neighbours Worcester City.

The Birmingham-born stopper, 28, played just three games for Harriers after moving to Aggborough in July 2012.

He then rapidly moved on to Mansfield Town on August deadline day.

But, from mid-January onwards, he made just one Stags start as they won promotion back to the Football League.

City, who are Harriers' tenants this season having signed a deal to play at Aggborough following the sale of their St George's Lane home, will be the fourth Worcestershire club on Geohaghon's long footballing CV.

He played for Bromsgrove Rovers and Redditch United early in a 10-year career which has also taken in 10 other clubs.

Geohaghon has been joined at St George's Lane by another new signing, former Wolves reserves skipper Nathan Rooney, who has been training with City since his release by fellow Conference North side AFC Telford.

Both made their debut at Aggborough in Saturday's 2-1 Conference North home defeat by Bradford Park Avenue.

Paul Walker gave the Yorkshire side a 17th minute lead which was cancelled out on the hour by Ethan Moore. But Steve Mallory scored four minutes from time to hand winless City their second straight defeat and plunge them into the bottom three.