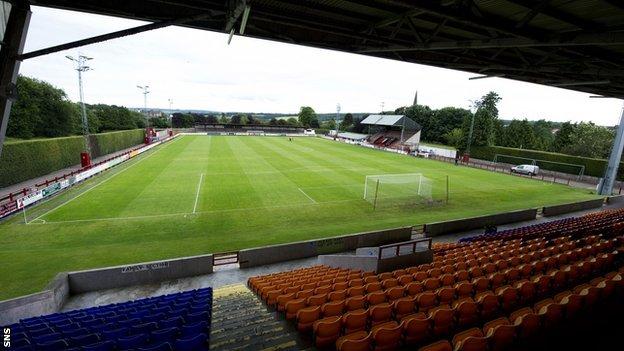 A day out at most Scottish League One grounds costs less than £20, according to BBC Sport's Price of Football study.

People buying a ticket from the cheapest adult category, a programme, a pie and a cup of tea can do so for under £20 at seven of the 10 clubs.

The cheapest season tickets in the third tier are available for £160 at East Fife and Stranraer.

Though Dunfermline Athletic's rates are higher than most clubs in the division, the Pars have dropped season-ticket and match-day ticket prices, by up to £25 and £2 respectively, following relegation last season.

The Fife outfit, who were in Scotland's top flight as recently as 2011-12, are in the process of exiting administration after fans' group Pars United agreed a deal to take control of the club.

"We have been delighted with our sales of season tickets since the announcement of the CVA, meaning despite relegation we have sold more season tickets [1,800] than we did last season," said marketing assistant Matt Ford.

Clubs in the third tier are likely to experience an increase in gate receipts and television income due to Rangers, who did not provide data, being promoted to the division for the current campaign.