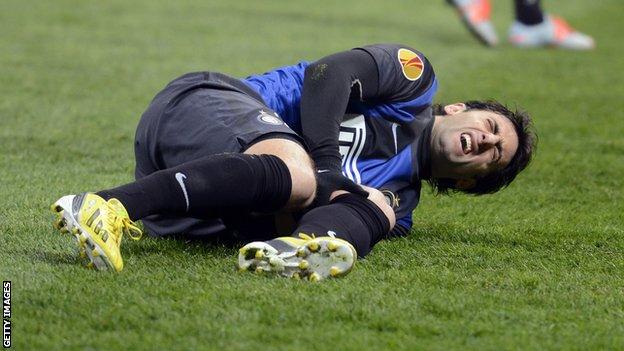 The 34-year-old has not played competitively since suffering cruciate knee ligament damage in the in February.

Milito scored in a 2-2 friendly draw with Lugano on Saturday.

"I hope soon to be back at my best. The worst has passed - there's not much time left until I return," he said.

"It was brilliant scoring again; it's the greatest joy for any attacker. But more than that, it was good just to get some minutes out on the pitch."

Inter have won their opening two league games of the season, scoring five goals without conceding.