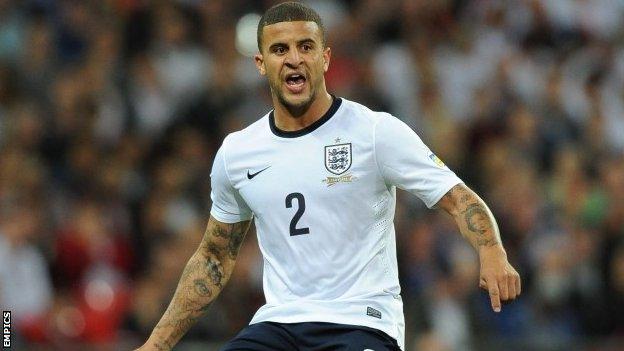 The Tottenham full-back took what is commonly known as "laughing gas" during a night out in Sheffield this summer.

It is legal but Walker, 23, said: "Now I know the health risks, it was poor judgement on my part.

"I hope no one's influenced into putting their health at risk by my actions."

Walker, through his Twitter account, added: "Apologies for not commenting sooner on a story about me today. I've been training and am focused on Tuesday's game for England."

The Football Association said in a statement that the player will not face any disciplinary action over the incident.

The right-back was in England's starting XI for the 4-0 win over Moldova and is expected to start the World Cup qualifier against Ukraine in Kiev.

The former Sheffield United player was named as the PFA's Young Player of the Year in 2012 and has won seven caps for England since making his debut against Spain in 2011.