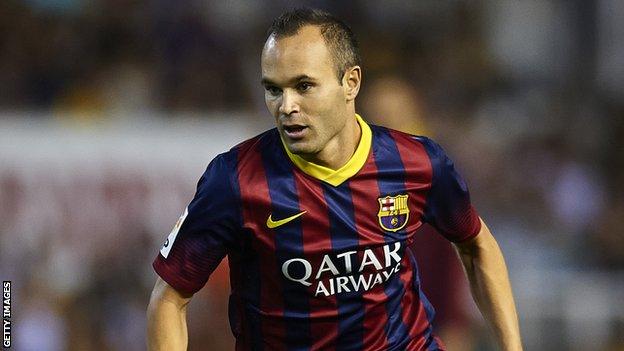 The 29-year-old Spain international, who has spent his whole career with the Catalan side, is currently contracted to the club until 2015.

He added: "Iniesta is one of the cornerstones. He should have his rightful place behind Messi."