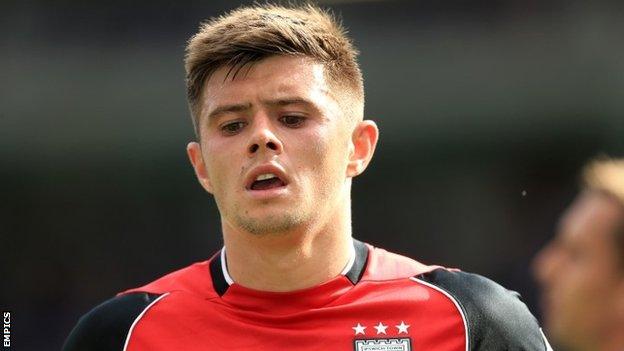 Ipswich came from behind to win for the second time in four days as they defeated Yeovil Town.

Joel Grant gave the visitors the lead just before half-time with a superb left-foot strike into the top corner.

Daryl Murphy brought Ipswich level when he converted at the second attempt after Cole Skuse headed the ball back across goal.

And Aaron Cresswell gave the hosts victory by sliding a rebound high into the net.

However, it was the away side that took a surprise lead when forward Grant - a target for Ipswich in the summer - unleashed an unstoppable drive.

Ipswich equalised seven minutes after the break when Skuse's cross was turned in by striker Murphy at the second time of asking after his initial effort hit the bar.

Their second seven minutes later when forward McGoldrick found Cresswell. The left-back's initial low cross was blocked by Liam Fontaine, but he had time to finish the rebound into the far corner.

Victory moves Mick McCarthy's side up to 11th, while Yeovil are third from bottom having lost five of the seven games they have played.

"At half-time, I was livid at our inability to make the final pass.

"We were trying to score too quickly and we were crossing from bad positions. We should have been in front when we conceded so I didn't mind us getting the bird [from the fans].

"The players have said it was harder to beat Yeovil than it was Middlesbrough."

"I needed to go through a few things with the boys. We lacked the energy and competitiveness in the second half - we have to play the game more vigorously.

"We gave Ipswich time and room and you can't do that at this level. You have to be more clever.

"We did enough in the first half to be 1-0 up, but we were a little disorganised after the restart.