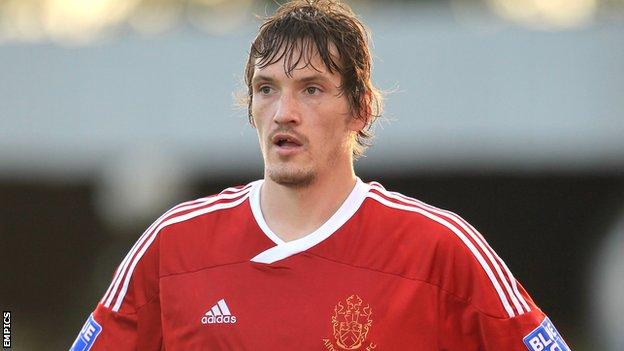 Cambridge United slipped to second in the Conference Premier but kept their unbeaten start to the season with a draw at Alfreton Town.

The visitors conceded their first goal in 10 hours as Tom Shaw's shot from the edge of the area was touched in from close range by Paul Clayton.

Clayton had a chance to win it for the hosts late on but his shot was blocked on the line.

The visitors lost their spot at the top of the table to Nuneaton who beat Herford, while Alfreton drop to seventh.

"I thought my lads were great, and I thought we played some good football. We defended well as a team and I think it's progress when you can see the faces of Cambridge [who] have gone off horrified at half-time and they have come off delighted at the end of the game.

"When the top of the league [team] is delighted with a point here it shows how far we have come."