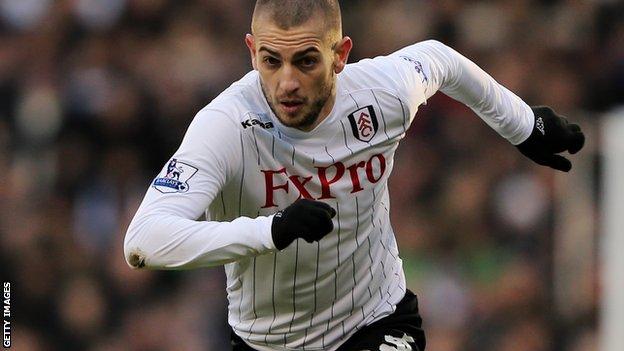 West Ham have completed the signing of former Fulham striker Mladen Petric on a deal until the end of the season.

The 32-year-old Croatian has been without a club since leaving the Cottagers in the summer after his one-year contract expired, having scored five goals in 23 appearances for them.

West Ham swooped after an injury setback to Andy Carroll, who injured his foot in training on Monday, and they are waiting to discover how long the former Liverpool and Newcastle forward will be sidelined.

The 24-year-old England striker, a club-record £15m signing from Liverpool this summer, has not played since suffering a heel injury in the final game of last season.

Petric scored twice on his Premier League debut as Fulham beat Norwich 5-0, but struggled for form after that, scoring just three more goals for the club.

He started his senior career in Switzerland with FC Baden before joining Grasshopper in 1999, making 114 appearances for the Zurich-based club.

Petric also had a spell at Basel before moving to Borussia Dortmund and Hamburg, for whom he scored 38 goals in 98 appearances.