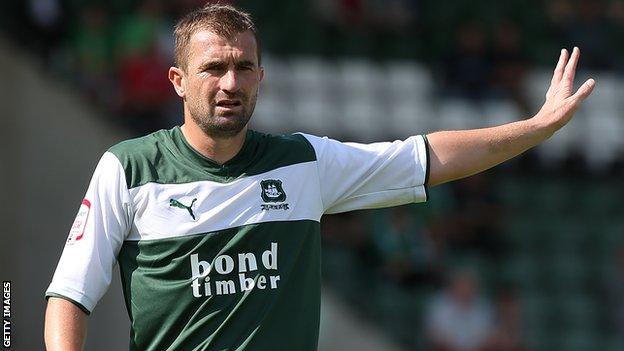 Plymouth Argyle midfielder Paul Wotton played for 80 minutes in his first game since since breaking his ribs on the opening day of the season.

The 36-year-old was involved in Argyle's 2-0 win in a friendly against Torquay United on Tuesday, before being replaced towards the end of the game.

The centre-back has played more than 400 games for Argyle in two spells.

Wotton is combining his playing role with taking on some responsibility for coaching the club's youngsters this season.