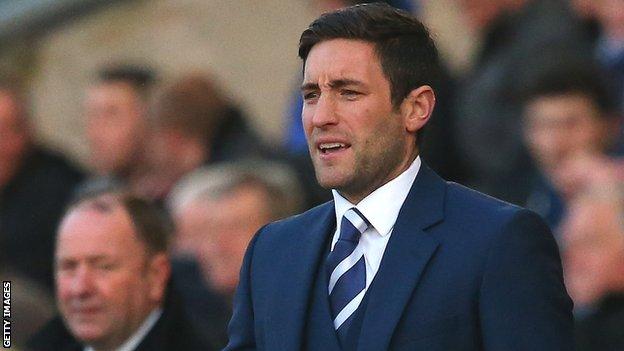 Oldham manager Lee Johnson says he is tired of seeing his side performing well but being punished for mistakes, after losing at Preston on Monday.

The Latics turned in another impressive display at Deepdale, but eventually to suffer a fourth defeat in six league games this season.

"We dominated the game but we're sat here as brave losers. That's a tag that we've got to shake off very quickly."

First-half goals from Stuart Beavon and Kevin Davies gave North End a 2-0 lead at half-time, and although defender James Tarkowski pulled a goal back, Oldham were unable to force an equaliser.

Captain Korey Smith is confident that the squad can learn from their errors, adding: "We've been doing it a lot this season.

"We've dominated teams and a couple of mistakes in each game have given the game away.

"We're a young group and as soon as we take that out of our game we'll really push up the league, I'm sure."