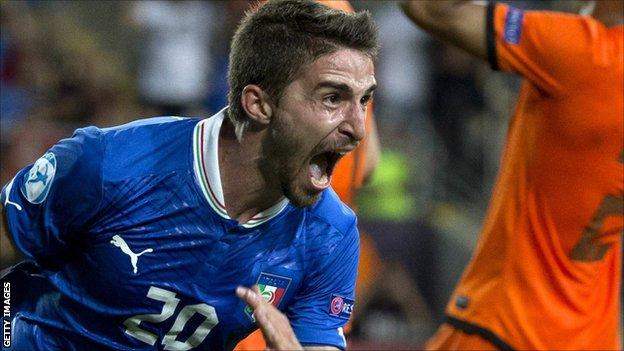 Sunderland forward Fabio Borini says the prospect of playing under Paolo Di Canio helped sway his decision to join on loan from Liverpool.

The 22-year-old Italian has only made five league starts since for a reported fee of £11m.

"He's a big influence on me to choose this place," Borini told BBC Newcastle.

"I needed to feel more free and confident on what I do, how I train on and off the pitch."

He continued: "This environment with the Italian staff can help me a lot with adapting to the club."

Liverpool boss Brendan Rodgers brought the former Parma and Roma striker to Anfield as the first signing having had him on loan at previous club Swansea, where Borini scored six goals in nine league games.

However, Liverpool fans are yet to see the one-time Chelsea trainee's best form, with only two goals in all competitions, in part due to him

"It's all come from injuries, not my performances," Borini said.

"It's nothing to do with my attitude in training, it's just injuries which are things that happen but I can't do much about."

Di Canio tempted the striker to the Stadium of Light on a season-long deal, with nothing decided beyond the end of the current campaign.

The player is unsure of his longer-term future, particularly with the competition for places at his parent club heightened by the arrival of Daniel Sturridge and Iago Aspas, in addition to the presence of Luis Suarez and Raheem Sterling.

"We didn't talk about the future [myself and Rodgers] because I don't like to think too far ahead, football can change in a second as it did this season and two seasons ago," he said.

"The only thing for me now is this season at Sunderland and to get more playing time, play as much as possible and get my goals."