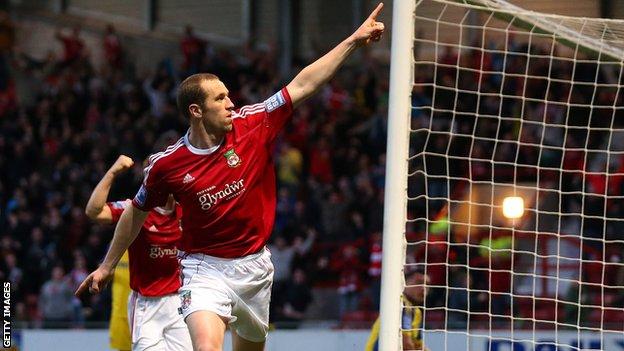 Defender David Artell has joined Wrexham on a one-year contract.

Artell, 32, spent two months on loan at the Racecourse last season, and started the play-off final against Newport.

Wrexham manager Andy Morrell was able to sign the player after he became a free-agent when cancelling his contract with Northampton Town on the last day of the transfer window.

"I enjoyed my time last year at Wrexham and I think they've got a chance of being promoted," said Artell.

"I know the lads and I know Andy Morrell's capabilities as a manager and I think they can be at the right end of the table come the end of the season."

Morrell had been keen to strengthen his defensive options.

Meanwhile, Mark Creighton is out for up to six weeks with a hamstring injury, a problem which has also sidelined Stephen Wright.