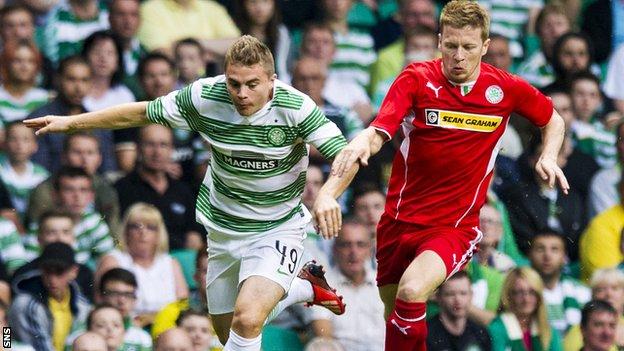 Celtic have been fined 5,000 euro after supporters set off fireworks at a recent Champions League qualifier.

The incident took place at the Champions League second qualifying round second leg against Cliftonville at Celtic Park on 23 July.

Uefa say the sanction has been imposed following the initial charge of improper conduct by the club's fans.

Celtic overcame Cliftonville,Elfsborg and Shakhter Karagandy on their way to the Champions League group stages.

Neil Lennon's side have been drawn alongside with Barcelona, AC Milan and Ajax, with their first fixture in Milan on 18 September.