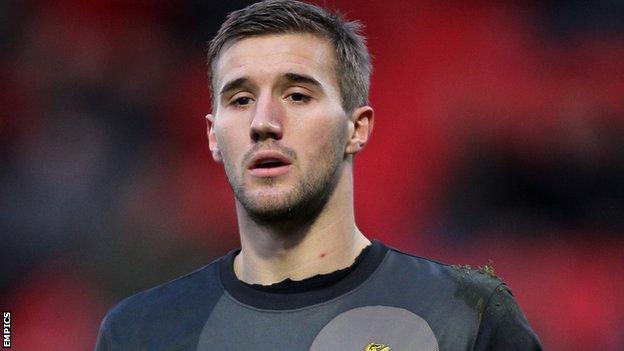 The 22-year-old was released by Rovers in the summer, despite playing 49 times for the League One champions last term.

He will compete with Manuel Almunia and Jonathan Bond for a place in Gianfranco Zola's side.

"It's good to get things done as it's been a long summer. I felt this move was right for me and hopefully I can kick on," he told the club website.

"I've played a lot of games at a young age but to work with the likes of [coach] Alec Chamberlain and Manuel Almunia, I think it's a forward step to be able to get that experience from them."