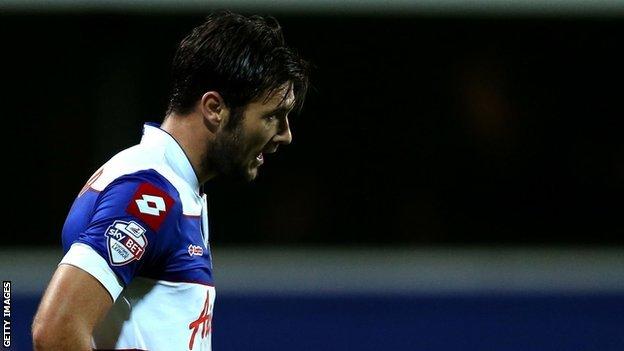 QPR moved to the top of the Championship table after a goalless draw at home to Brighton.

Harry Redknapp's side were looking for a fifth straight win but wasted a string of chances with Charlie Austin the main culprit.

He also headed a corner straight at Tomasz Kuszczak before Richard Dunne headed over in the final minute.

Redknapp revealed after the match that he is keen to sign a striker on loan with Andy Johnson and Bobby Zamora out with injury for the foreseeable future.

Zamora, 32, has had knee surgery and will be out until Christmas while Johnson is also out with a knee injury.

Rangers also lost defender Nedum Onuoha to a hamstring injury during the first-half.

QPR had the ball in the net after only eight minutes, but Shaun Wright-Phillips was a long way offside when he played the ball across the face of goal for Joey Barton to tap in.

Austin then fired wide before wasting his best chance with a header from Barton's delivery.

"We've got a problem at the moment - we've only got one striker so it's difficult. We just lack that little bit of firepower.

"I'm looking to bring another striker in, we need somebody for sure.

"I felt the work-rate and effort was great again, they all put a shift in.

"If we keep doing that then we'll be right up there or thereabouts come the end of the year."

"We'd have loved to have taken all three points but let's not be greedy.

"They are a good side and not many teams will dominate them here, so if we are being honest as the away team a draw is a fair result."