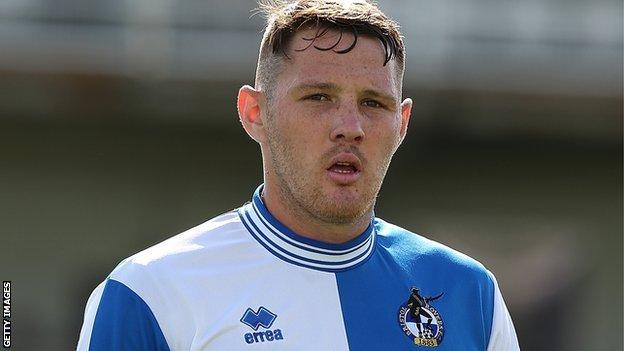 Bristol Rovers captain Tom Parkes has signed a one-year contract extension to keep him at the League Two club until the summer of 2016.

The central defender first joined the Pirates on loan from Leicester before agreeing a permanent move last August.

He has made 63 appearances for Rovers and, at 21 years old, is the youngest skipper in the Football League.

"I am really pleased that Tom's contract has been extended," manager John Ward told the club website.

"He is a young man who has been made captain, and is setting an example for others. He has taken everything on board, and it has even improved his game.

"I am trying to strengthen and improve the side with the young players we have here, and Tom is a big part of that."