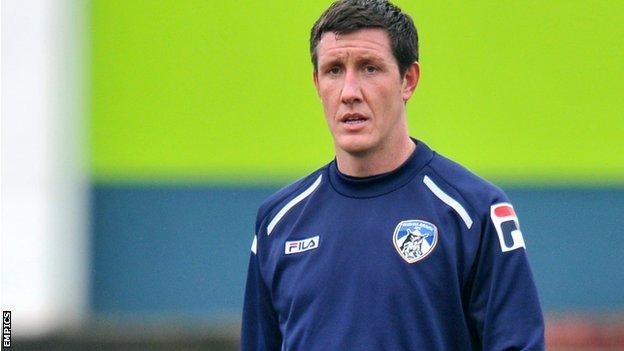 Byrne, 31, spent nine seasons at Glanford Park before joining the Latics in summer 2012.

He made played 40 times last season, but his three appearances so far this term have all been as a substitute.

The former Sunderland man, who won three promotions during his first stint with the Iron, goes straight into the squad for Friday's game with Southend.