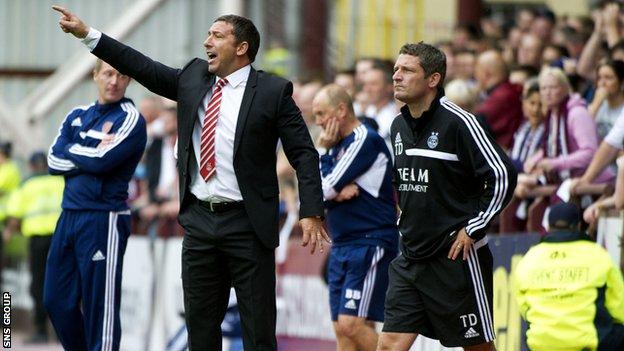 Aberdeen's Derek McInnes and Hearts' Billy Brown have received two-match touchline bans, both of which are suspended, by the Scottish FA.

Referee Alan Muir sent both men to the stand following the incident.

As the bans are suspended, they will only come into force should the pair offend again by the end of the season.

Brown admitted leaving his technical area "in the absence of special circumstances and by adopting an aggressive attitude to a member of the opposing team staff".

McInnes pled guilty to "adopting an aggressive attitude to a member of the opposing team staff".