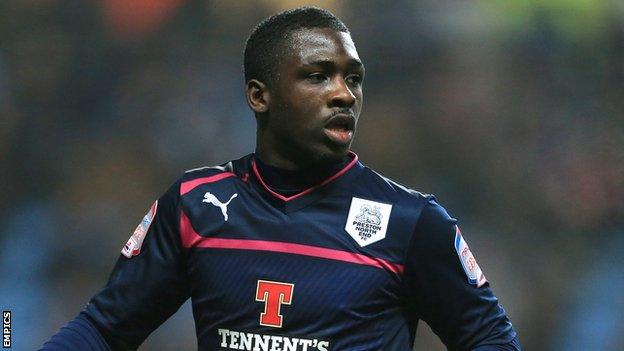 The 19-year-old ex-Arsenal youngster, who played 47 times for North End last season, scoring six times, is with the U's until 12 October.

"I wanted to come here because I know how they play football and I know it will be good for me. Luckily the gaffer wanted me here too," he told BBC Essex.

"I started the season injured so I've been out of the team."

Preston boss Simon Grayson told BBC Radio Lancashire: "We felt it would benefit both parties. Hopefully he comes back fitter and gets back into our plans.

"He's one of those players who needs to be playing regularly. He finds conditioning work hard at times. So a run of games might do him the world of good."