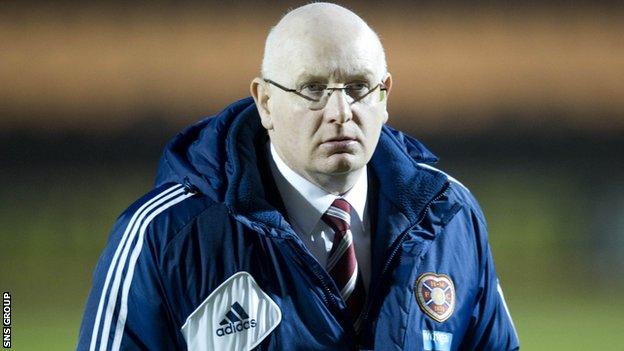 John McGlynn will take over as Livingston manager, replacing Richie Burke, who is leaving the West Lothian club for personal reasons.

Burke and his assistant, Mark Burchill, were appointed in March.

And former Celtic and Scotland striker Burchill, who has combined his role with playing, is to stay on.

McGlynn, 51, spent six years in charge of Raith Rovers before an eight-month stint at Hearts ended by mutual consent in February.

He quit his post at Tynecastle, with the Edinburgh club second bottom of the league and crippled by the financial problems that led to administration over the summer.

Livingston are bottom of the Championship, with one point from their opening four games.

McGlynn will be the fifth manager at Livingston since Gary Bollan was sacked in February 2012.