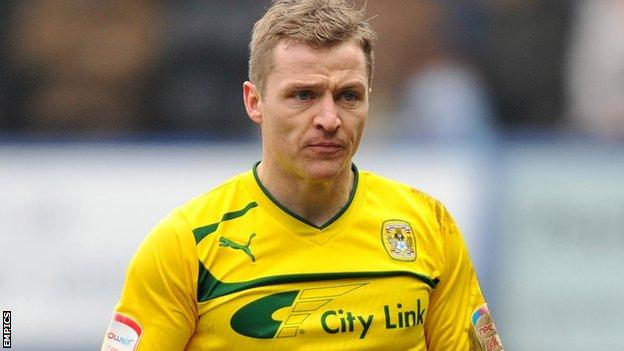 The 31-year-old was released by the Sky Blues earlier this month after scoring 17 goals in 104 league appearances in his second spell with the club.

The former Birmingham City man could make his debut for the Spireites in Saturday's match against AFC Wimbledon.

He told the club website: "There's a strong possibility that it could be turned into a permanent arrangement."