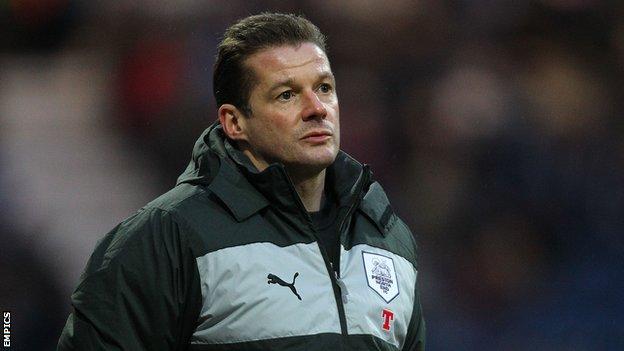 Stevenage boss Graham Westley has said his spell as Preston manager laid the groundwork for the Deepdale side's strong start this season.

Westley joined Preston in January 2012 and was

"In the end they're now benefiting from the fact I knocked a few problems out that had taken care of four or five consecutive managers," he told BBC Three Counties Radio.

"I'm sure the football club will be stronger for the work I did."

Westley ended his first spell as Boro boss to take over at North End, but his tenure in Lancashire was controversial, replacing all but three members of his squad in his first summer in charge.

Injuries to key players Scott Laird and Keith Keane affected performances and the Lilywhites were five points off the League One dropzone when he was sacked.

the side he guided from non-league to the third tier, and he takes Boro to Deepdale on Saturday, with Preston sixth in the table.

"There'll be some that recognise the good record that I did," he said.

"You'll get those that will despise me because we lost some games when the squad was weak and tested, there'll be those that understand that I took on some big battles on behalf of the club.

"I did my best to build relationships but there were so many players there, so many different situations to handle. It was all the dirty work I had to handle. I was doing all the spade work."