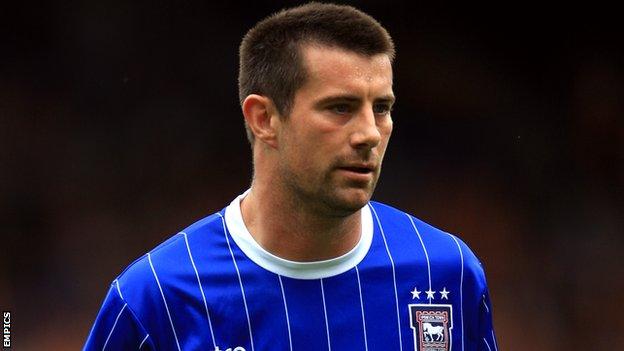 Striker Alan Lee has said he is fit and ready to play for Ipswich Town after returning to Portman Road.

The 35-year-old, who scored 34 times in 109 games in his first Town spell, has joined as an academy coach, but has also been registered as a player.

"I feel absolutely blessed and grateful for the opportunity to do my coaching education," he told BBC Radio Suffolk

"Now I'm registered as a player I might get the chance to be used as a bit of cover."

Lee spent two and a half years at Portman Road between 2006 and 2008 before being sold to Crystal Palace and then moving to Huddersfield, who he left in the summer.

The chances of the Republic of Ireland international making his second Ipswich debut are slim, with Daryl Murphy, David McGoldrick, Paul Taylor and Frank Nouble all strike options for boss Mick McCarthy.

"I realise there far better players ahead of me," said Lee.

"I've been really impressed with their quality. I realise I can maybe he[p with my experience and maybe I offer something different playing-wise.

"I had options to play elsewhere. It wasn't injury or anything that stopped me signing for another club.

"It was time to get back home. we had just had out first child. So we upped sticks and got back down to Suffolk."