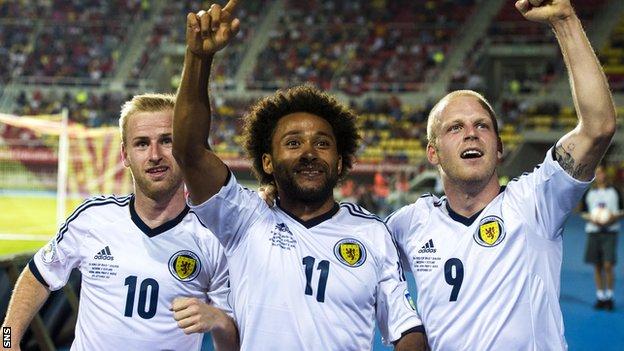 Allegations of racist chanting at Tuesday's World Cup qualifier between Macedonia and Scotland have been passed to world football governing body Fifa.

Fare, a Europe-wide body set up to combat racism in football, announced on Twitter that it had passed on details.

There have been claims that chants were aimed at Scotland winger Ikechi Anya during the game in Skopje.

Watford's Anya scored Scotland's opening goal in a on the 25-year-old's first start for his country.

Meanwhile, Scotland have dropped 13 places in the despite the win that lifted them off the bottom of Group A.

The Scots are now 63rd - down from 50th - having in a friendly and in the last month.