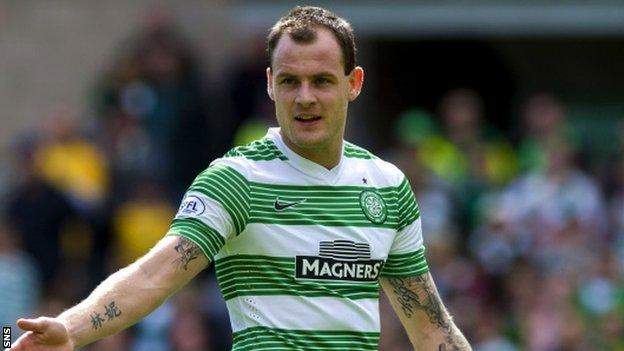 The 25-year-old fell out of favour with the Italian after withdrawing from the squad for the Nations Cup in May 2011, reportedly due to tiredness.

But Trapattoni's five-year tenure came to an end this week.

"I have said since I have been left out the squads that I would love to be back in," was Stokes' reaction.

"It's not down to me. I would love to be involved in the set-up.

"But I am just concentrating on my club football and hopefully, when a new manager comes in and I am still performing well, maybe I will get my opportunity."

for the Republic manager's job.

Trapattoni left by mutual consent after the 1-0 World Cup qualifying defeat in Austria, which followed a home loss to Sweden.

Stokes, who on Thursday revealed he is "getting a little bit closer" to signing a new deal with Celtic, believes the Italian had to go.

"I think it was inevitable after the last couple of results," said the striker, who has four caps.

"The results in the last couple of games have been obviously disappointing for the lads.

"Hopefully, whoever comes in can turn that around. It might be a good thing."