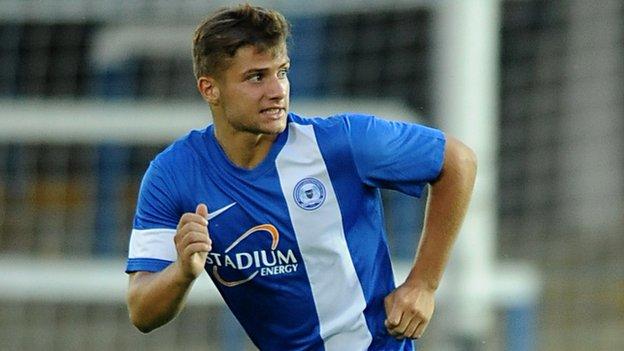 The 18-year-old defender, who joined Posh from Luton Town in 2010, will be available for high-flying Boro's trip to Dartford on Saturday, but may face a battle to get into the Boro team.

Kevin Wilkin's side have risen to second in the Conference Premier thanks to their unbeaten start to the season.

Unbeaten Boro are level on points with leaders Cambridge United.

And, if they win at Dartford, and Cambridge fail to beat Gateshead on Saturday, Boro would be top of the Conference for the first time in their current guise.

They last topped the table under Brendan Phillips in 1999 when they were still Nuneaton Borough, prior to the old club's liquidation.